How I Overcame Prescription Pain Medicine

How I overcame prescription pain medicine. Eight weeks earlier had surgery to have a stint put in my urinary track.  I had scar tissue growing and blocking my ability to use the restroom. 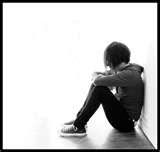 How I Overcame prescription
Pain  Medicine

On October 14, 2014, I went to the doctor and got back on prescription pain medicine because of the pain. I could have pushed through the pain but didn’t. In fact, I took the easy way out. I had been off the prescription pain medicine for 2 weeks with little reaction, some irritability for a day but not bad. I had 30-day supply of Hydrocodone pills and was taking twice as much, even though the pain was gone. It was a trick of the enemy to make me believe I had pain when I didn’t.  The symptoms I had been mind fog, sleeping a lot. I was going through the motions, although I talked about God.  He was not piercing my heart, and my heart hardened to Him to hear because of the lie the drugs.

My husband was taking a nap before work, and God spoke to him and told him to flush my Hydrocodone pills down the toilet, so he did. When I finally came to, I went to the kitchen and the Hydrocodone pills were gone. I went to the bedroom and asked him, and he told me he got rid of them. So, I got angry at him. I felt panic come over me.  He could have at least  let me taper off of them.

The hydrocodone side effects

I had hydrocodone withdrawals. For the next 48 hours I had a sick stomach, shakes, sweating, and diarrhea with a weird odor; God told me it was the poison coming out of my body. At church on Sunday when Tom (the minister) was speaking, I cried almost the time in the back, but God moved in on my heart and told me He could not speak to me before because the drugs were blocking me from hearing Him. He spoke to me throughout the entire service about situations I needed to amend and repent for. The Lord also showed me how the enemy is a tormentor of me. The enemy had a legal right to the prescription pain medicine because the hydrocodone drugs had opened the door to Satan’s kingdom. After we got home from church, I thanked Mark for loving me enough to throw out the prescription drugs.
How I Overcame Prescription Pain Medication: God told me he used Mark to step in and stop it because I could not. That is an example of what a Godly man does. He is my covering and helps me when I can not help myself. Today, I respect him tremendously for helping me overcome prescription drug medication. I could not believe the type of detox I went through for 2 weeks of using that crap. The enemy took me to a place of darkness that God can not go. He is bringing me back to the light; I was able to make some phone calls and take care of some things that the Lord showed me earlier during the service.  Today the Enemy no longer torments me with these situations, because I listened to the Lord’s instructions and obeyed. I am at peace again.  I know this is long but I have learned when God gives me clear direction to just do it.
Testimony from K from Texas

Prayer Against Witchcraft Attacks
God is Our Hedge of Protection