Why Was Job Tested? P1 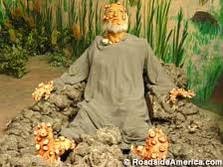 Why Did Job Suffer

Job was said to be “perfect and upright, and one that feared God, and eschewed evil.” (Job 1:1) “Perfect” doesn’t mean he never sinned, but it means one who holds nothing back from God.

He was totally sincere and dedicated to God. “Upright” refers to his character. He lived in such an honest way that everyone who knew him respected him.

As you can see from the scripture above (Proverbs 26:2) – that means a curse cannot come on you unless you have an open door – sin and Job’s sin was a spirit of fear.  What was Job’s open door for the enemy to have legal right?

Why Did Job Suffer? A Curse Causeless Cannot Come

His children (all 10) did not serve the Lord.  Did he have a spirit of fear of man and did not discipline them? He had fear for his children.  Fear is the opposite of faith and his fear was a form of worry which is not from God.

What Job Feared Came Upon Him

Let us note the words of Job: “For the thing which I fear cometh upon me, and that which I am afraid of cometh unto me” (3:25). What this verse reveals to us is of tremendous significance. Before these terrible things happened to him, Job already had had fear for his  children.  They were not righteous like him but were sinners.  Instead of Trusting the Lord for his Children, he sacrificed for their sins.

Job 1:1-2 The Lord said to Satan, behold, all that he (Job) has is in your power only upon himself (body) put not forth your hand. This prohibition by God was later lifted and Satan allowed to attack Job physically for several months.

Why did Job Suffer?  Because Job was fearful lest his children would die; he was afraid that he might lose all his property. Satan’s first job is to plant this fear in man in a form of worry. If the fear is accepted, things will soon happen; if it is rejected, nothing will come of it. Listen to what Job says here “For the thing I greatly feared has come upon me, And what I dreaded has happened to me.” Job 3:25 (NKJV).  Fear is the opposite of faith.  Fear comes from another kingdom.

Satan has to get ones consent before he can curse. If this consent is withheld, he cannot work, for man has free will. Without man’s consent, Satan can neither tempt him to sin nor attack him at will. So, in the case of Job, Satan first implanted a little thought of fear in Job. Having once accepted the thought, it made Job tremble.

To think that God would allow Satan to attack us without a cause is absurbed.  What kind of God would do this?  We don’t see anywhere else in scripture of God’s attack except when there is sin of some type – unfaithfulness, doubt, unbelief, etc.

Objective – Why Did Job Suffer and was Tested:

God did not afflict Job, Satan did.  God gave Satan permission. Answer: Isn’t it comforting to know Satan can do nothing without God’s knowledge and permission!   If Satan is attacking us, God allowed it because of open door. Job’s open door which is fear.

The sufferings of Christ point to the same problem: Why? We can dimly perceive how he was “made perfect through suffering,” and how his perfect submission to that suffering laid the eternal foundation for the world’s redemption from all suffering.

All Man Sanctification Process – Dying to Self

Sanctification is a process of trials to get what is not of God out of us or to purify us.  Is there any man on earth or ever on earth who was perfect and without sin?  No not at all.  Suffering is a part of testing but really it is a sanctification process. Job’s testing to see if he would turn against God.  He even had three (3) best friends who accused him.

Paul writes, “…There is no one righteous, not even one; there is no one who understands, no one who seeks God. All have turned away, they have together become worthless; there is not one who does good, not even one” (Romans 3:10-12). The Bible says Job was the best man in all the East. That doesn’t mean that he was righteous and good in God’s sight. He was simply the best man from a human perspective, but even the best man is a sinner in God’s sight, and that includes Job. A sinner has no right-standing or rights with God.

Category : Articles, Why Was Job Tested